The S30 platform was brought to the United States as the Datsun Z series and started with the 240Z in 1970. The compact sports car was an immediate hit and went on to win rally competitions and magazine awards alike.

The Z series timing was fortuitous as it landed during a unique time for the automotive industry when emissions and safety standards along with fuel economy became a focus. Because of these among other factors the Z saw many design changes both between and during the three major generational design periods.

The 260z took what made the 240z Popular and improved it with an enlarged engine from 2.4 to 2.6L which resulted in greater power or a total bhp of 165. This however was negatively impacted for US models due to federal emission regulations limiting ignition timing and compression ratios. This power however would be restored during the halfway point of the model year with the special 1974.5 model which also featured large safety bumpers as mandated by unrelated regulations. This design would became the basis for the 280Z.

Another unique feature that the 260Z brought was the 2+2 seating option. An additional 11.9 in of wheelbase helped to accommodate this along with larger opening quarter panel windows. Other improvements and key features for the 1974 Datsun 260Z model year are as follows. 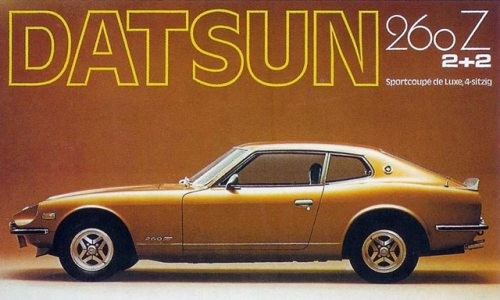 It should be noted that the 260z was available as a 4 speed manual or three speed auto. The engine was the 2.6L L26 inline six although it is common to see them swapped for the larger 2.8L from the 280z. To see the full list of features and specs see our Specifications page.  Also see our Photo Gallery for a selection of images from around the web.

If you have a Datsun 260Z that you would like to list on this site please use the link below...

Use the search box above for custom ad searches or other specifics. Browse by key features or by parts posts below. (Hint clicking on the 1974 link will display all current listing sorted by most recent)